The slipformer S-liner® from Echo Precast Engineering is the ideal solution for versatile, flexible production requirements. This machine allows you to produce hollow core slabs, foundation piles, lattice girder and solid floors, T-beams, channels, gutters and even hollow core slabs with insulation and integral heating and cooling systems. Depending on the type of element you need, this is the right machine.

This versatility is made possible by the modular machine structure. Height differences in the same product series can be produced by quick, problem-free changing of the tube set and run-around.

The specific construction of the Slipformer S-Liner® and the use of zero-slump concrete (dry concrete) make it exceptionally cost-efficient and easy to use and maintain.

This versatility is made possible by the modular machine structure. Height differences in the same product series can be produced by quick, problem-free changing of the tube set and run-around.

Changing to a completely different product can be completed even more quickly by replacing the production module.

The specific construction of the Universal Slipformer S-Liner® and the use of zero-slump concrete make it exceptionally cost-efficient and easy to use and maintain.

The extended frame allows the machine to be equipped with an additional concrete supply hopper. Whereas the normal hopper contains the usual grey concrete and is designed for the manufacture of hollow core sections, this third hopper is loaded with colourised concrete (a mixture of sand, colourised additives and white cement). The machine applies a thin layer of colourised concrete (usually 15 mm) to the hollow core element. This process guarantees optimum binding of the surface layer with the (grey) under layer.

In addition to the extended frame the machine also has a fine smoothing tool specifically for improving the finishing features. All the other functions are identical with those of the S-Liner®T30 slip former.

As well as the manufacture of the usual type of wall panels, slipformer technology also allows production of insulated wall panels,  with or without exposed aggregates. Whereas a normal wall panel is produced in a production sequence on one machine, the insulated elements have to be subjected to a second production process with a second machine. We have designed a topping machine specifically for this purpose.

The individual production steps are:

With or without exposed aggregate concrete structure

Operation with ease of maintenance 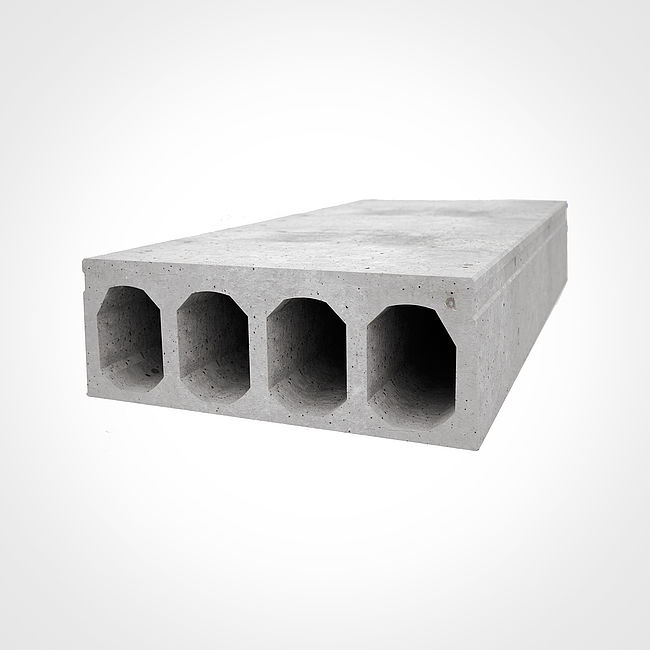 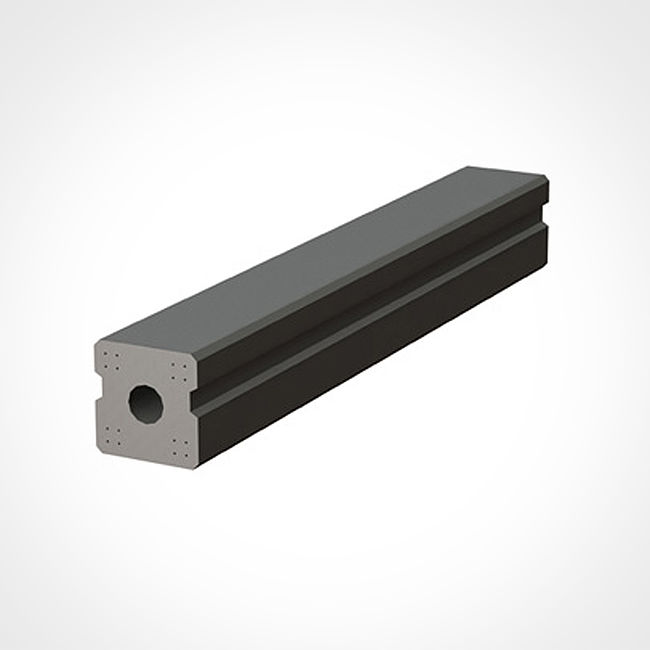 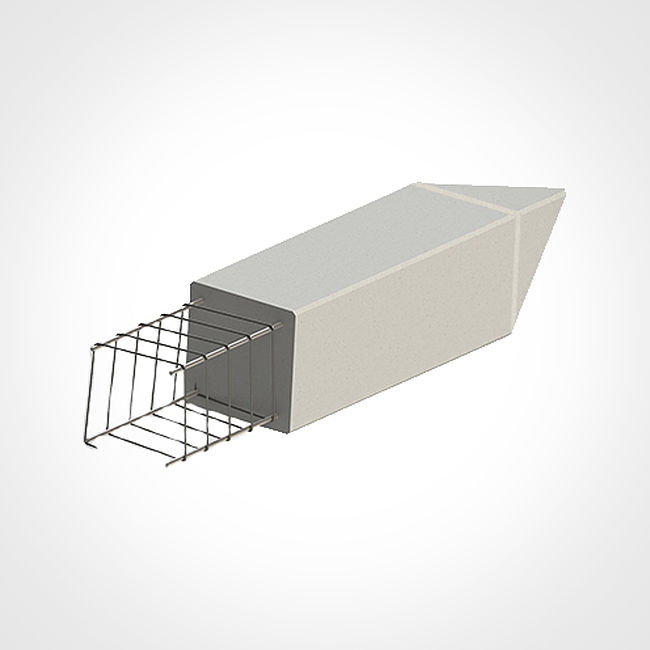 Foundation Piles
More on the topic 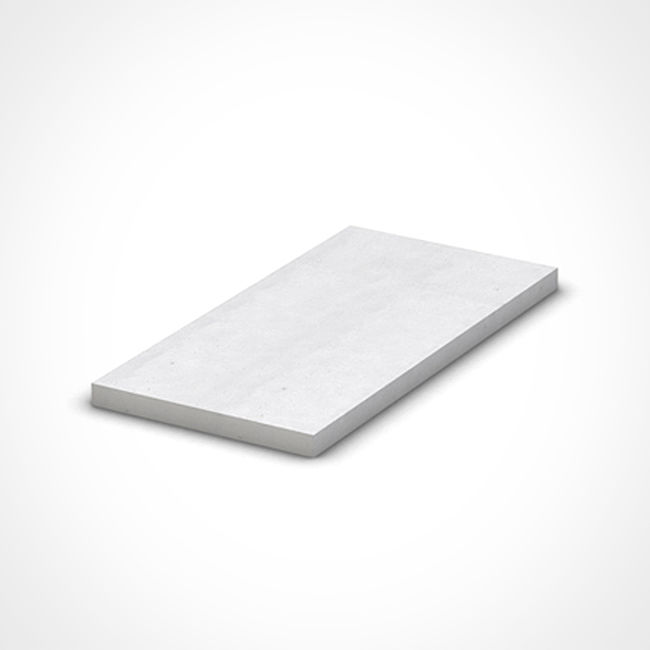 Solid floors
More on the topic 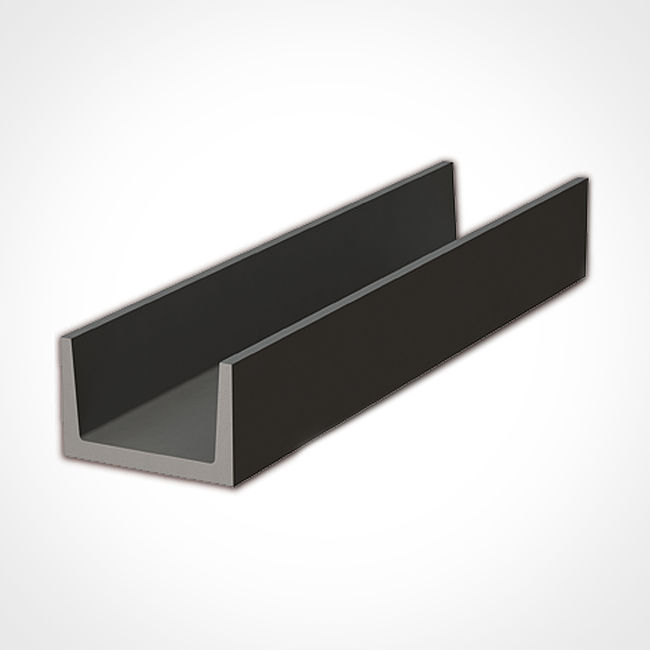 Channels and gutters
More on the topic 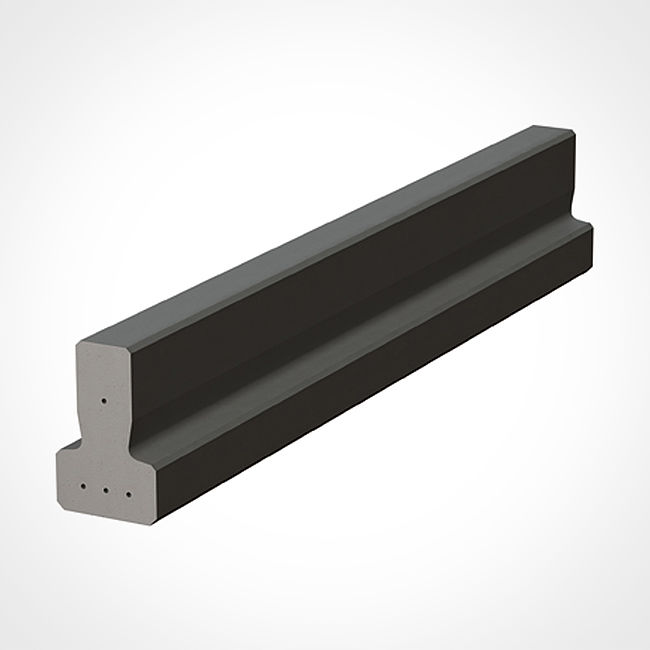 T-beams
More on the topic

Have we sparked your interest?